Leaving New York to Reno with a one way ticket 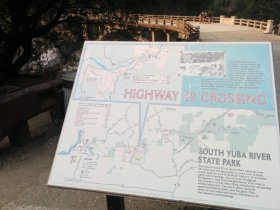 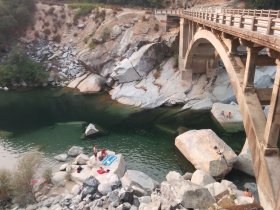 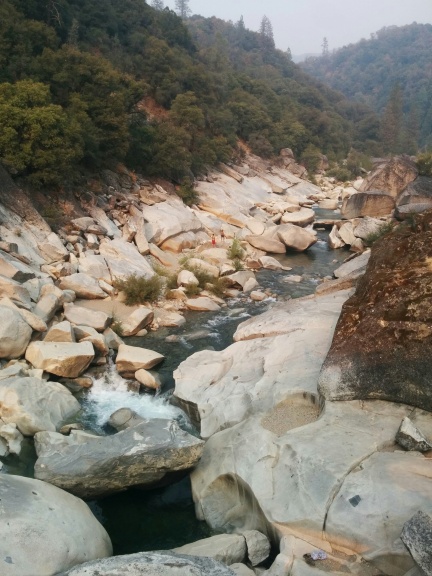 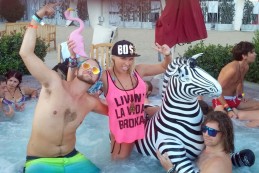 Sarah and I getting silly 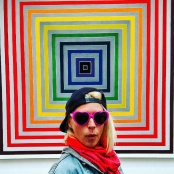 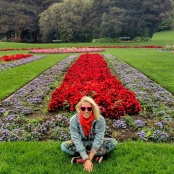 I find myself today in Berkeley, CA. Visiting my friend Sarah. A high energy, smart-ass travel junkie who I met whilst couch surfing in Australia. She left the small town of Fargo, North Dakota at 18 to go on a year long world adventure and became instantly addicted to the high of hitch hiking. We’re 12 years apart in age but we were sisters immediately upon meeting. I’m crashing on her floor as she continues to work as a server in Berkeley and save up for her next big escape.

So here I am. One week after Burning Man. I made it out alive. My friends and I had been planning and building up to the burn since January. And now, just like that it’s over.  Since the burn it’s been a whirlwind. I decided not to buy a ticket home and to pack as if I’m never coming back. To be prepared for any and all outcomes. Whether that be a swift crash and burn having to come home with my tail between my legs, sailing the world w a stranger, or hopping a plane to South East Asia…I’m pretty much ready. I talk more about my Burning Man experience in this post.

I spent three and a half days at the Grand Sierra Resort, a mega casino in Reno, 2 hours from the playa. It’s a pretty crazy scene: all the burners still in party mode, clad in desert costumes raging at the pool party, running a muck throughout the halls, frolicking in and out of each other’s rooms as if they were rides at a carnival. The unsuspecting tourist walks through perplexed as to why the resort is overrun with feral hippies of all ages. I stayed there with a cast of characters, one of which I’ve had an ongoing romance with since last years burn. A sexy gypsie rocker who’s not afraid to work hard and get his hands dirty.

But alas, my playa boyfriend left to go back to Cali, so I hitched a ride with Patrick; a super chill chef who I met while doing laundry at the resort.  Born in North Carolina, he’s lived a few places around the states and now resides in my own hometown of Brooklyn, NY. We instantly hit it off and checked out the historic mining town of Truckee. From there spent the afternoon at Lake Tahoe on the North side. I have to say, going from New York, to Burning Man, and then Reno….I haven’t heard such a loud silence like I heard at Lake Tahoe in longer than I can remember. The quiet was overwhelmingly relaxing and we both passed out immediately! The next day we checked out the Yuba River, a massive rock gorge with beautiful clear fresh waters. Lots of places to jump of rocks and hike around.

Finally we parted ways and I hopped a ride with another fellow burner and east coast dude. We decided to camp and he would take me to Berkeley the next day. As cool as he was shit got super weird while camping. Not in a dangerous this dude is gonna rape and kill me kinda way just in a holy shit you’re so drunk you’re speaking gibberish and driving me crazy, but I’m stuck in the wilderness with no phone reception kinda way. Luckily I got through the night and the next morning we had a heart to heart where I told him how he acted like a fucking mental patient and really made me uncomfortable. He was pretty receptive and appreciative of the constructive criticism and I guess it was a lesson on this whimsical free flowing journey to be a little more choosy when running off with strangers into the middle of nowhere.

But I digress. I’m here in Berkeley! Went to San Francisco to the Golden Gate Park, the Conservatory of Flowers and the De Young museum. Walked the Haight, chatted with hippies and handed out discarded flowers. My heads still spinning from all the excitement of the last few weeks, and now I’m contemplating the next step of this crazy journey. I have a few directions I can go…North to Washington State? East back to Reno to see a beautiful lover who’s working on a ranch near the playa? Go South to see a handful of other friends? Or maybe just buy a plane ticket now? The lack of plan or “having” to do anything is exhilarating and incredibly freeing. Slightly menacing as well, but mostly I’m ecstatic for all of the possibilities that lie ahead.