Driving through the flat Nevada desert, a mountain appears in the distance. Standing alone in the middle of rock this mammoth of white sand emerges reflecting the bright sun. This mysterious place has taken thousands of years to form. It’s now a recreational area but has held great cultural importance for the Northern Paiute people as well as the Western Shoshone Native Americans who have long inhabited present day Nevada. Used as an important travel landmark it also has great legends surrounding it as well.

One ancient story tells that a giant snake forms the crest of the dune, with its head pointing to the northeast. The story goes on to say you can hear the sound of the snake in the moving sands, giving the mountain its nickname “singing dune.” If one disturbs this giant snake, they may get swallowed up.

Another legend tells of people getting sick and dying, The tribes brought in medicine people. They discovered evil little people living in the mud, making people sick. They prayed for the creatures to be covered by the sand. Perhaps it is not the wind that makes the sand move, but the creatures underneath. 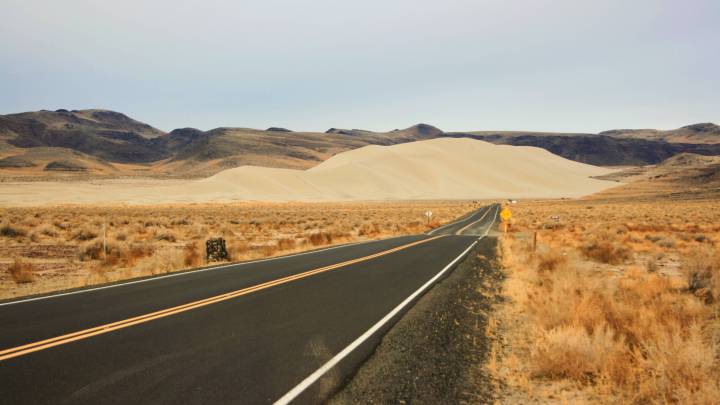 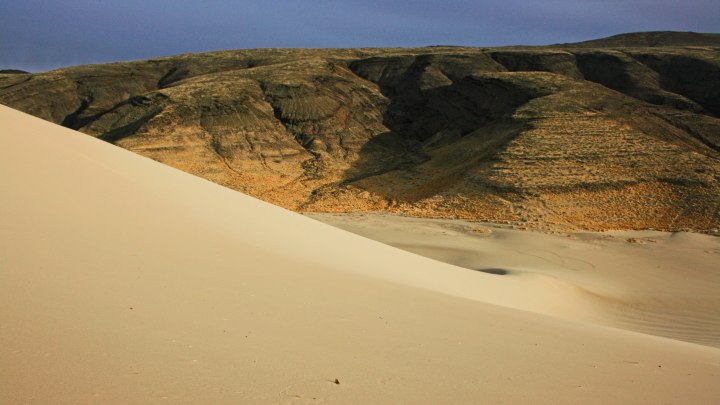 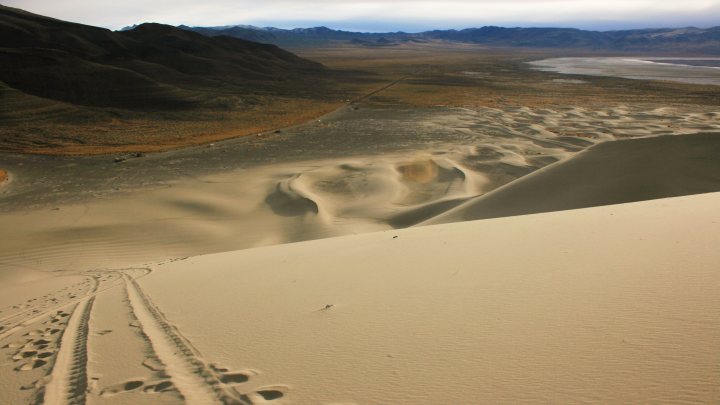 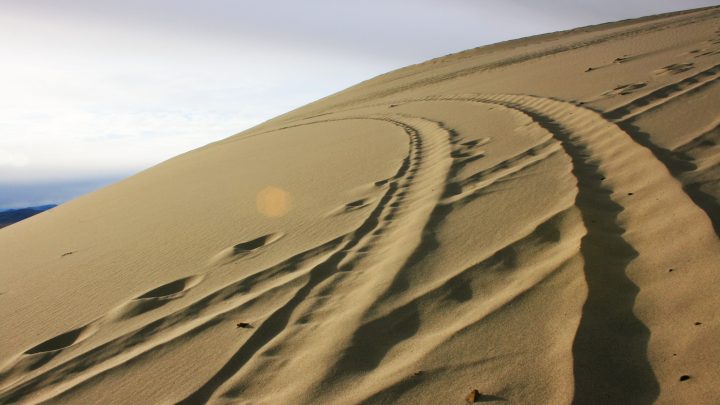 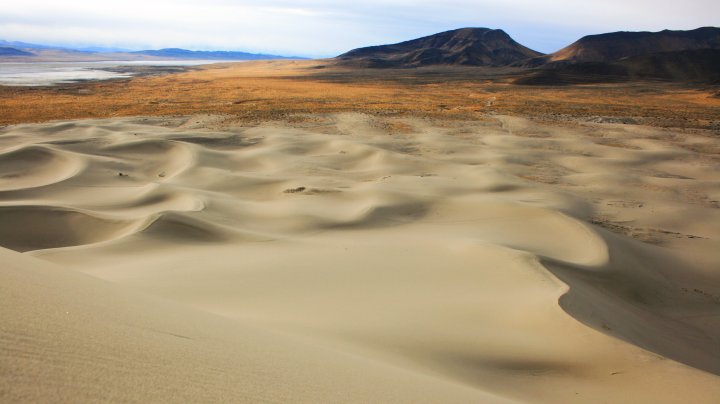 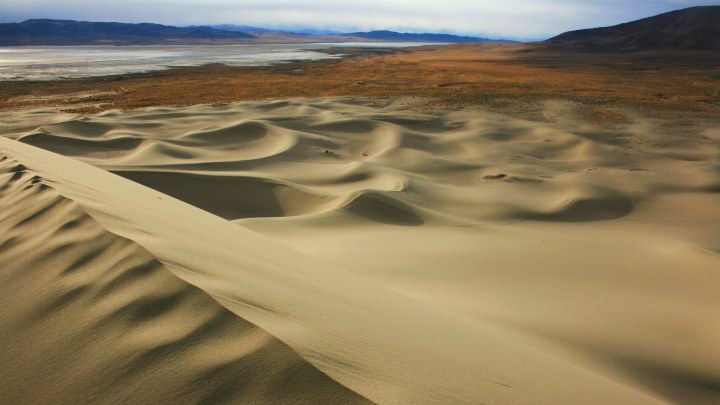 During the Ice Age, the force of the Sierra Nevada glaciers crushed granite. The broken quartz washed down the Walker River to its delta, just north of present day Walker Lake. As the climate warmed up, the journey of this sand began, with windes carrying grains 30 miles northeast. Slowed by a barrier created by the Stillwater Mountain Range, the sands were trapped here and fell to create these dunes.

Sand Mountain took thousands of years to form. Shaped by the wind, the dunes are constantly changing. This is a perfect place to see geologic processes at work. Sand Mountain lies at the edge of ancient Lake Lahontan and is 600 feet high, 4 miles long and 1 mile wide.