The land down under and what led me there

The story of how I went to Australia is not unlike most of my travel stories. When a fun loving, drunk Australian insists you stay with her when you visit the land down under…you accept, naturally.

My first selfie fresh off the plane in Australia

I had a deep desire to go to Australi-way for many years and was saving diligently. The flight and accommodations are the biggest expenses. Hostels in Oz are not cheap at $35AUD per night, and the flights are around a thousand bucks from New York. But I didn’t care, I was determined. When Mel, an ozzie sheila (Australian woman) who loves to party and has a seemingly endless amount of energy, told me I could stay with her in Melbourne, I was ecstatic a local was gonna show me her stomping grounds!!

Since Mel and I had met at a party for all of 5 minutes before she scribbled her contact on a piece of paper and pranced out of my life, I was a bit nervous that maybe she wasn’t going to be the best host. Or that she’d flake out in classic hippy fashion and forget I was even coming! But my fears were met with the exact opposite outcome. Mel was amazing! She picked me up from the airport with a colorfully, decorated sign with my name on it! Could you imagine a stranger/soon to become new best friend could be so damned welcoming?? Aussies truly do fit the stereo-type of being some of the most kind and generous people on the planet.

My awesome host Mel at the Bean Bag Babylon campsite 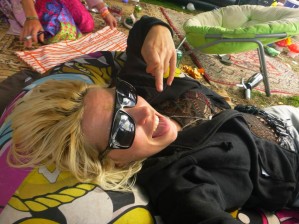 Hanging back at camp 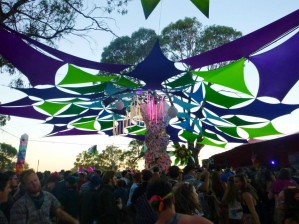 One of the stages at Rainbow Serpent

Mel loves to party and INSISTED we go to this doof (party) out in the bush (countryside) called Rainbow Serpent. It was like a mini burning man. If you don’t know what Burning Man is, it’s one of the biggest, greatest parties in the world! See my post about it HERE. Hippies, music, art, camping, nature, bicycles and partying with Ozzie’s for 5 days?? Yes. Yes, this indeed sounded like the perfect way for me to be welcomed to this new land I was so excited about. 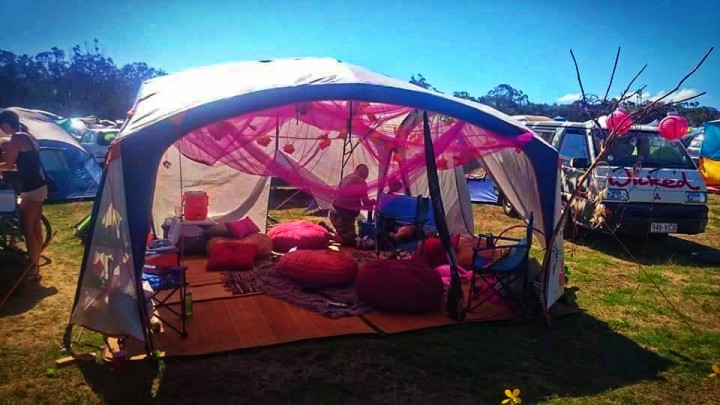 We went booze and food shopping and started packing up the van. Mel had an entire garage filled with all the hippy gear you could possibly want for a festival. A huge canopy, colorful rugs, big plushy pillows you’d find in an opium tent, decorative flowers and vines and paper umbrellas w little jingle jangles hanging from them. We were SO set. She’s a party pro and I knew I was in good hands.

This guy was hilarious, loved to wear makeup and had a different pair of silly sunglasses every day! 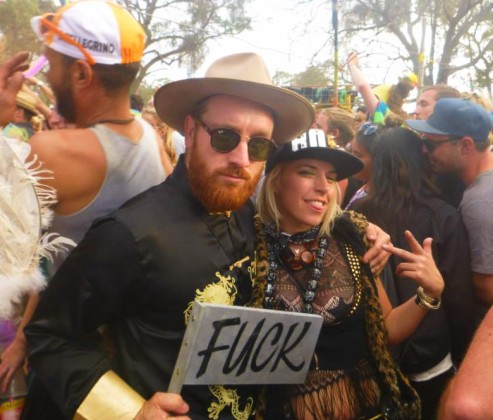 Feeling like a bad ass with a stranger I met in the crowd. 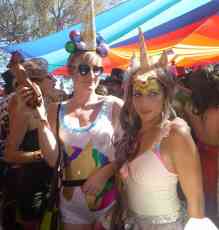 No hippy fest is complete without them

All I can say is that Rainbow Serpent was SO. MUCH. FUN. A festival of 15,000 it’s pretty manageable and it didn’t take long to figure out the different camping areas, food rows, stages and art installations. Having a bike was super fun to cruise around with and get to know people. The vibe was all love, silliness and self expression. Costumes galore and nothing but encouragement. The more outlandish the better! 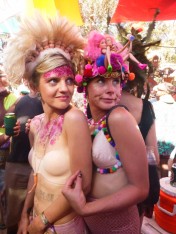 Had a lot of fun with gold face tattoos and this feather headpiece made for me by my good friend.

Complete with draw bridge, horses and a shade structure this thing was killer! Not to mention Timmy to protect us! 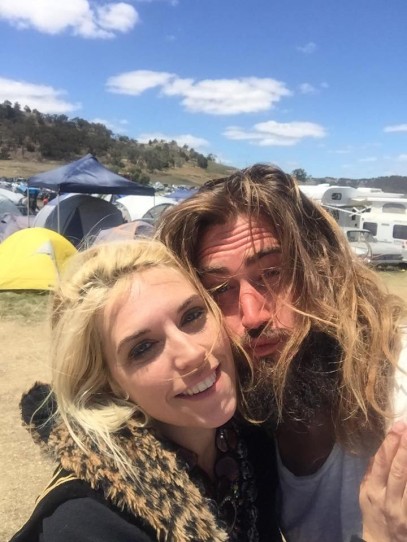 Me and my new viking friend, Jakob

Not only did I bond with the castle crew but I got to party with Mel and her posse! I befriended a giant, bearded, ozzie Viking who is an avid traveler and whose goal is to go to every country by the time he is 60. The friends I made this first week would later help guide my Australian travels. I even made it into one of the Rainbow Serpent promo videos! So many colorful, wonderful and warm people, I knew my trip could not be off to a better start and I was excited for all that the next few months would hold! 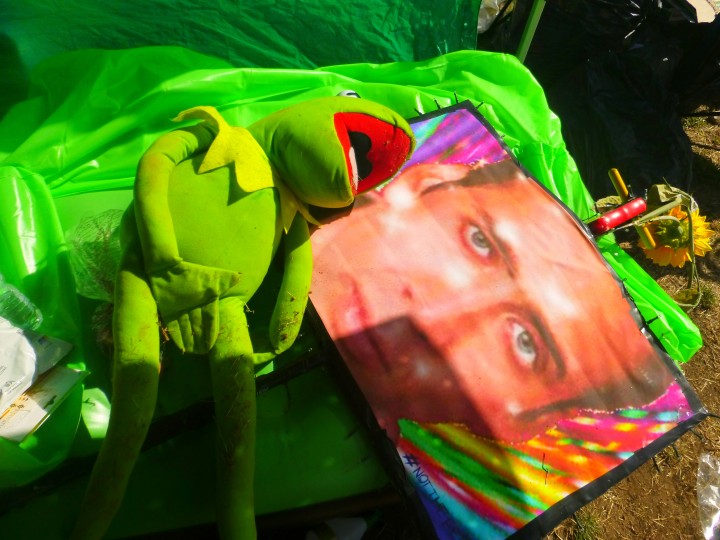 Kermit and Nicholas must have had one hell of a night

People make eye catching staffs to hold up in the crowds so you can always find your friends!

Another “doof” stick (as they’re called in Oz) 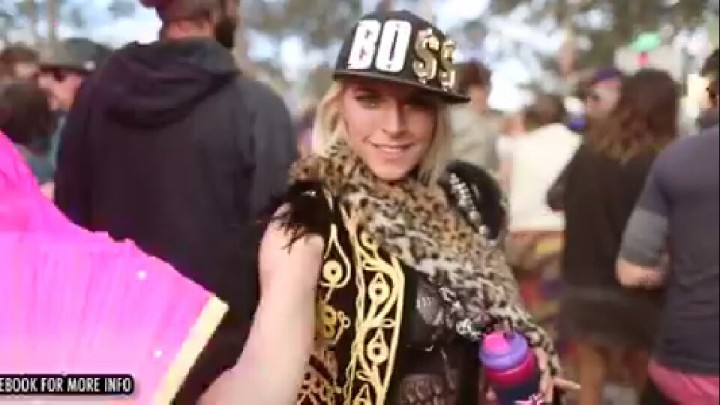 My video still from the Rainbow Serpent promo!

Stay tuned for more travel stories and the following parts of my Australia journey! Stay connected with email notifications!